Outsourced Tech Support: Successful Companies That Use It 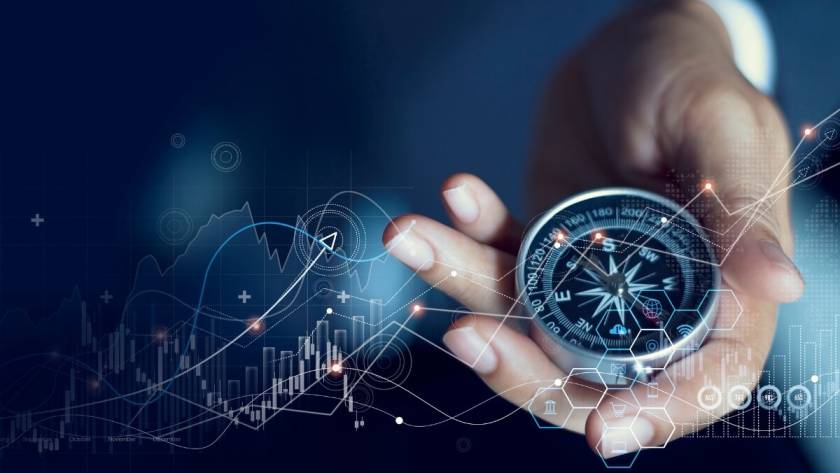 What are the keys to business success? Hard work, determination, focus, patience, discipline, gratitude, and outsourcing.

This article provides some outsourced tech support examples and the companies that have succeeded with this strategy.

Continue reading to find out. 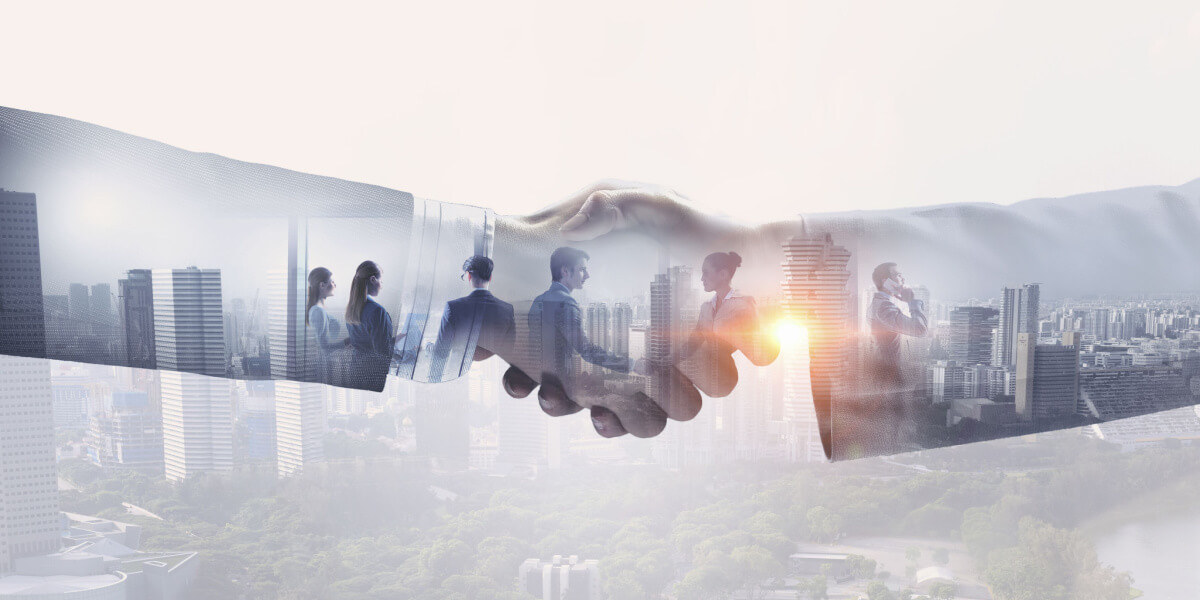 Because corporations spend more on technology, outsourcing tech support is expanding. The global IT services industry, including outsourcing firms, might increase by 8% annually between 2021 and 2026, reaching $1.1 trillion by 2026. Clearly, tech assistance and IT outsourcing are vital to organizations’ long-term competitiveness, profitability, and success.

Eight tech support clients sought external help to improve their technical operations, and IT outsourcing tactics contributed to their success.

The product was a massive global hit. In 2006, three years after the product’s inception, registered users swelled to over 100 million. The free video call service changed the telecom sector when long-distance and international calls were expensive and face-to-face calls were rare.

The groundbreaking technology caught the attention of eBay. In 2005, the online shopping leader paid $2.5 billion for the startup. Microsoft paid $8.5 billion for it five years later. Ultimately, Skype has had almost 4 billion users since 2010.

Google outsourced Google Ads (formerly AdWords) phone and email support in 2011. It assigned over 1,000 agents globally to improve and manage the advertising platform for internet users and marketers.

The corporation made tremendous revenue after the successful campaign. It began outsourcing IT infrastructure management and software development in 2016 to reduce non-core costs.

The tech giant also outsources software development and testing. External IT helps the corporation build, monitor, check, and release best-selling products such as YouTube and search apps for iOS and Android. Billions use its video-sharing platform and operating systems on smartphones, tablets, and other devices.

The world’s largest search engine credits outsourcing for much of its success. Google’s third-party workforce has regularly outnumbered regular employees, especially when the pandemic hit.

In 2005, the company launched its two-year business technology transformation initiative, “One Unilever.” It intended to deploy a single ERP platform to streamline its European IT, human resources, accounting, and financing tasks. The continent cornered over 30% of its global business and employed at least 30,000 workers.

The initiative mainly outsourced ERP system development and other programs to reputable third-party service providers. The company entered into multiyear contracts with established vendors to integrate its complex processes into a single system.

Upon completion, the organization experienced wider access to information for better decision-making. The IT outsourcing effort contributed to the company’s yearly savings of at least €700 million (about $713 million) in operational activities.

Unilever realized early on that outsourcing tech functions was less risky and more cost-effective than employing its own resources.

Back-office outsourcing is nothing new to Citigroup. It has been delegating its customer service, tech support, and administrative processes to third-party vendors since 1992. Poland, the Philippines, and India are its favorite outsourcing destinations.

Several years ago, the financial giant transferred its IT and back-office projects to BPO companies in India. It wanted to consolidate its IT systems and manage the high costs of complying with newly imposed banking policies by the U.S. government.

The BPO firms provided the international bank with end-to-end and domain-led solutions to enhance its product offerings and processes. Their tech support staff unified Citigroup’s data centers, software applications, and other platforms, avoiding compliance and merger-related costs and allowing clients to transact faster.

Citigroup has saved over a billion dollars yearly since 2014 by contracting tech assistance and IT specialists. In the same year, the company offshored 10,000 positions from its main headquarters.

Alibaba, known as the eBay of China, began as a small internet startup in the late 1990s. Ecommerce and company websites for client connections were widespread during this time.

In 1999, the company had trouble locating Chinese IT specialists and complying with China’s internet restrictions, which hindered website and software development.

The ecommerce firm recruited a U.S. business to build its back end. Alibaba’s outsourcing activities helped them acquire the tech talent China lacked at the time. The American tech support team and Chinese developers built the website, making it appealing to English and Chinese online buyers.

Employing foreign IT professionals paid off. In the next few years, Alibaba’s ecommerce transactions increased dramatically. The corporation raised $25 billion in its 2014 initial public offering (IPO) to fuel commercial development.

The instant messaging network provider’s experience is a classic example of highly successful outsourcing. The company launched in 2012 with $250,000 and 30 regular and part-time employees in California.

With budget constraints, WhatsApp turned to outsource core and software development. It outsourced iPhone app development and other technical responsibilities to a professional Russian team of developers. Meanwhile, the U.S. office handled customer service and administration.

In eight years, WhatsApp grew from 50 million to two billion users. During the company’s challenging years, IT outsourcing was key. Ultimately, before Facebook’s takeover, the Russian developers were relocated to the U.S. office and hired full-time.

AT&T is among the largest outsourcers of customer service and tech support in the Philippines, Mexico, and India. The telecom giant inked multibillion-dollar, long-term contracts with BPO businesses to delegate back-end activities, allowing it to focus on its core operations.

The company lets service providers manage its various applications that support networks and shared systems. The telecom company worked with them to enhance IT deployment agility and digital transformation return on investment (ROI). It tasked partners with implementing AI and data analytics.

The company previously outsourced its online and billing systems to an Asian vendor for low-cost, expert services. The intention was to retain users and improve customer service.

AT&T heavily relies on technology outsourcing to achieve its core objectives. Its goals include obtaining 5G technology and moving activities to the cloud.

Before officially launching the workplace communication services, Slack Technologies locally outsourced the app to a service provider for beta testing. The test gathered feedback and other information to help develop a tool unique from competitors.

The third-party firm then worked on the logo theme, site design improvement, and software development to build web and mobile apps.

Slack debuted in 2013. Its target market loved its stylishness, convenient functionality, and user-friendly interface. With its break-neck growth rate, the company acquired an additional $250 million fund in 2017, increasing its total value to $5 billion.

Companies of all shapes and sizes have been turning to BPO companies and other service providers to outsource data entry services, IT support, and customer service to improve operational efficiency and revenue.

The organizations named in this article are just a few that outsourced tech services to accelerate their growth and expansion. Many have reaped IT outsourcing rewards and become successful in their sector.

Outsourcing is an important strategy that every business should consider and discuss in executive and board meetings. Choose the right BPO company, and outsourcing will help your business succeed. 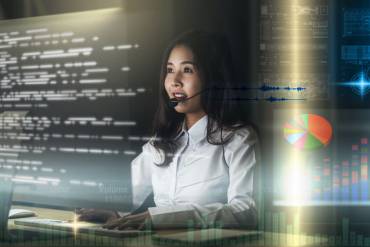 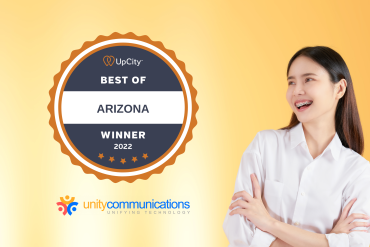 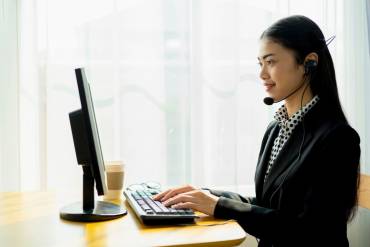 The Difference Between On-site and Remote Outsourced IT Support

Information technology (IT) support is imperative for business. Not only does it protect data, but it also maintains technology. More importantly, it provides technical assistance to ensure uninterrupted operations. However, the lack of experts and resources for your IT support can cripple your business. That’s where outsourced technical support comes in.